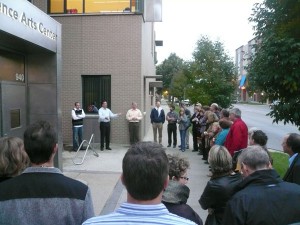 dedication of the first bike rack. Withthe help of the City, the Lawrence Arts Center and the fabricators.

Mark Emge's bike rack design concept called "Arbitrary Triangulation" was inspired by the frame geometry of bicycles. In his proposal he wrote: "There seems to be something methodic and chaotic when multiple bikes are parked at a bike rack. The geometries of these bicycles create a random pattern that is unique to those bicycles and how they are parked. Each day a new series of patterns emerge. "Arbitrary Triangulation" is an interpretation of this random pattern." 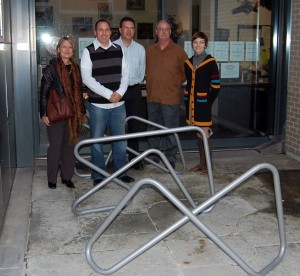 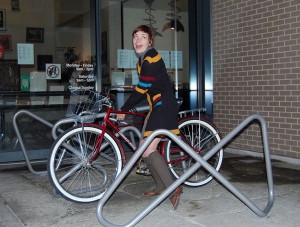