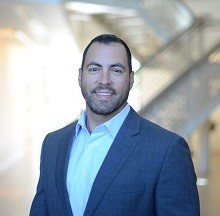 This attitude emphasized Ford’s theme of creating an active, vital group. Ford is passionate about Rotary, both its future and its past. He began his talk with a quote from founder Paul Harris that illustrates that enthusiasm. “Be passionate about Rotary. Embrace change,” Harris wrote in 1907 when the social club he had started in 1905 became a service club. “Paul Harris had real foresight,” Ford said. “He said for Rotary to achieve its proper destiny, it must be evolutionary and, at times, revolutionary.”

Ford said his goal for 2017 is 3,000 Rotarians in District 5710. “We’re a small district with 45 clubs. I want a growth rate of 20% for our clubs.“ He outlined three goals for Rotary clubs: new members, retention of current members, and improved attendance. He said we must inspire members to stay in Rotary and have the quality of programs that will keep attendance high. Rotary projects are important. Polio has been conquered but other worldwide concerns include literacy and education, maternal and child health, clean water, and a host of others.

Ford closed his talk with an invitation to the District Conference, May 5-6, in Overland Park. His goal for the conference is to make it inspirational with more Rotarians attending. “The conference,“ he said “is to celebrate Rotary.”