Kaye McIntyre, host of Weekend Edition and Kansas Public Radio Presents, spoke on the occasion of the seventh year of broadcasting for Kansas Public Radio. KPR, located on the campus of Kansas University, went on air in 1952. There were many challenges to starting up, including recruiting a staff and and vandalism that took down their broadcasting tower. Presently, programing is done in large hourly blocks but in the early years programs were limited to hourly segments. Education has always been an important focus of KPR programming. Some early programs included Opera is My Hobby, the Jazz Scene and Jayhawk School of the Air. The staff included a number of famous personalities in the early years, including Bill Curtis and Bill Grigsby.

McIntyre joined the staff in 2001 and in 2006 she began work on KPR Presents, a weekly public affairs program. Topics include rebroadcasts of special presentations in the arts, politics and social issues. Interviews with authors and book reviews are also a popular part of KPR Presents. McIntyre noted her particular enjoyment for reviewing the Kansas Notable Books List. When asked about a favorite author interview she recalled visiting with science fiction icon Ray Bradbury. Bradbury was in his eighties and was nearly deaf which proved to be rather challenging. McIntyre mentioned the variety of present KPR programs and of the importance of supporting Kansas Public Radio. In her free time she enjoys reading, travel and the theatre. 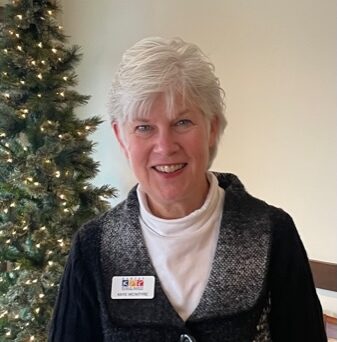